At time of writing (2020), the direct link from Gamuda Cove to Cyberjaya is under construction and is expected to be opened for public use in 2021.  This connects the township to the matured area of Cyberjaya - which extends the reach to a larger area.

To get a better idea of Gamuda Cove's location, below is a map for better illustration: 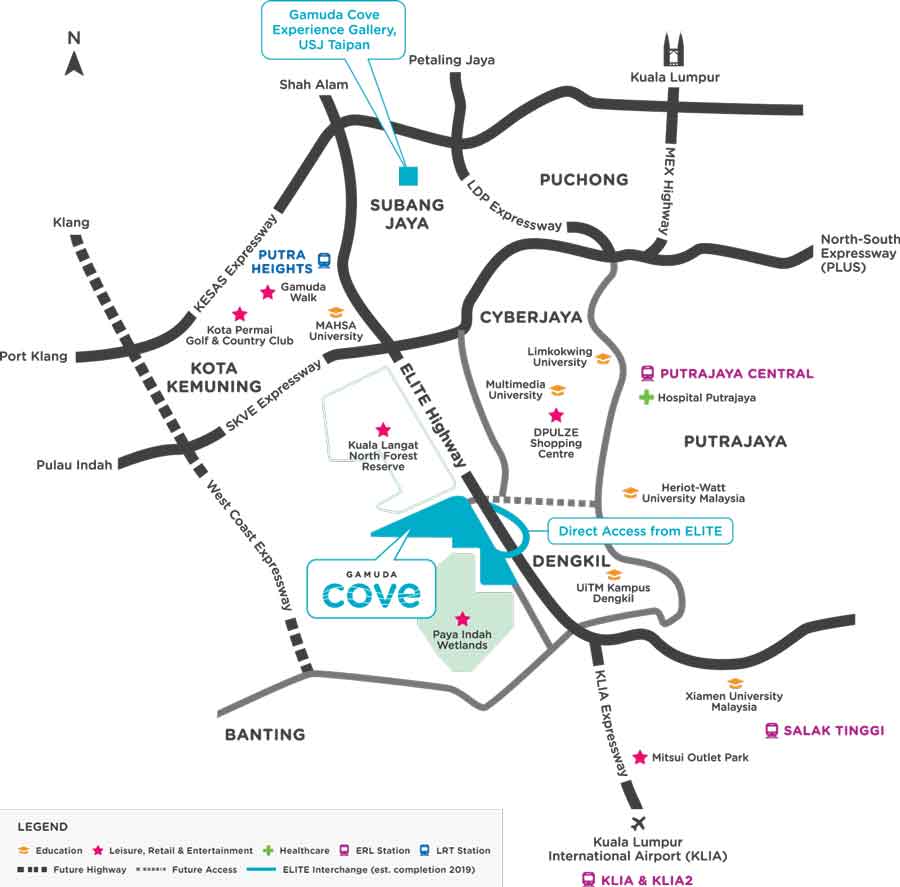 This is the map view of Gamuda Cove from Google Map.  As the map was last updated in mid-2019, you will see that the Plaza Tol Bandar Gamuda Cove and the interchange being under construction.  As of September 2019, you can already visit the Gamuda Cove Experience Gallery in the site itself to view the township's construction in progress, the Discovery Park, the Central Lake (partially) and the showhouse of Palma Sands and Maya Bay Residence.

Get More info on Gamuda Cove

Drop an enquiry below and we will link you to the authorized Relationship Associates from Gamuda Cove Sales Gallery whom will be able to provide you with all information you need to make an informed decision.